Common linen (Linum usitatissimum L., 1753) is a plant of the Linaceae family. It was one of the first domesticated crops and in ancient times was widely cultivated in Ethiopia and Egypt. Not only, but dyed linen fibers were found in the Republic of Georgia, dating back to 30,000 BC. There is also evidence of the cultivation and use of flax dating back to over 6,000 years ago in the Mediterranean regions, while its introduction into Northern Europe took place in pre-Roman times.

Flax has been cultivated both for its seeds as well as its fibers. Fabric, paper, medicine, cordage (also for fishing nets) can all be obtained from linen. In addition, comestibles such as flour and linseed oil, which has various uses as a food supplement, can also be obtained. Linseed oil also has other applications, for example it is a common ingredient in wood finishes and in the paint industry as a drying oil and diluent. It is also used by the cosmetic industry as a basic ingredient for hair and soap gel. Finally, flax is also grown as an ornamental garden plant.

Linen is an annual herbaceous plant, with a vegetative cycle of about four months. It reaches between 30 - 60 cm in height and has a very fragile erect stem, which branches at the end, with tender lanceolate leaves. The flowers are large and sky-blue, with 5 sepals, 5 petals and 5 yellow stamens. The fruit are capsules containing small dark brown to straw yellow seeds, depending on the variety. The root is a short taproot.

Flax plant grows easily in regions with temperate climates. The best fiber production comes from the coldest countries such as – Russia, the Netherlands, France and Romania, which are among the world's leading fiber producers. 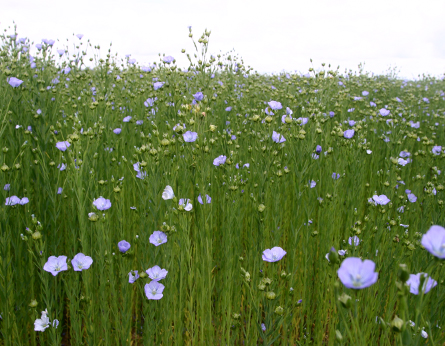 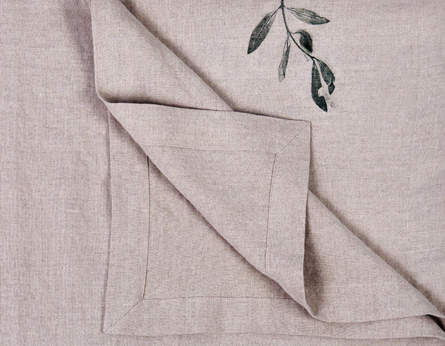 Cotton (Gossypium L., 1753) is a shrubby plant belonging to the Malvaceae family, native to the Indian subcontinent and tropical and subtropical regions of Africa and the Americas. It was imported into Europe by the Arabs.

Cotton, widespread throughout the entire Mediterranean, was widely known to the American Aztecs, although it wasn’t until the 18th century that a new diffusion of the fabric on the continent happened.

The plant can reach a height of more than 1.5 meters in the wild and has a long life. It is an annual plant, with a vegetative cycle of about six months and is cultivated in many countries for the production of cotton fiber – used to make fabric.

Cotton is without doubt, the first and foremost textile used throughout the world. The plant grows in countries with both dry-hot seasons as well as humid seasons (China and the United States produce almost half of the total world production today). However, the highest quality cotton is grown in desert countries where the terrain is watered via irrigation systems (Egypt, Pakistan and Russia). The main producers of cotton (both organic and non-organic) are: India, China, Turkey, Tanzania and the United States.

Cotton seeds are planted in the soil of plowed, leveled terrain, using seed drills. After about three months the plants will have already grown considerably and look like medium-height shrubs. At the top of the stems there are large pale yellow flowers which become fruit and after ripening, begin to form a capsule. Within three months, the capsules develop lots of fibers attached to large seeds, which wrap themselves around each other, forming a spiral and remain well compressed. When the fruit is completely ripe, the filaments become stretched and the capsule bursts open, freeing a soft cotton wool.

Organic cotton is derived from plants that have not been genetically modified and that are cultivated without the use of chemical fertilizers or pesticides, but only with natural products. Its production promotes biodiversity and in the United States, its biological cycles must respect the guidelines set out by the National Organic Program (NOP) and the USDA.

On an International level, another very important standard is the GOTS (Global Organic Textile Standard). The remarkable task of this certification is to define – from cultivation to harvest and from the production of yarn to fabric – all the requirements that cotton should have to be truly defined as “Organic”. Organic farming methods are very particular and often use medicinal herbs, instead of fertilizers and biodynamic farming practices, all of which make the cultivation of cotton not harmful to the environment. These practices must be followed for at least 4 years if they are to pass from being considered a traditionally cultivated land to an organic one, before being able to define it as such. In fact, GOTS certification is only issued after three consecutive years of organic cultivation (without any use of chemicals). Rigorous periodic controls are also carried out.

Organic cotton cultivation has a low environmental impact, cutting climate altering carbon emissions by 46%! This was demonstrated in a study carried out by Pe International, where the life cycle of organic cotton was evaluated. Its cultivation was deemed to have much less impact on the environment than cotton cultivation using conventional methods. The name of the study was: “Life Cycle Assessment, or “LCA”. Organic cotton cultivation reduces water consumption for irrigation by 91%, and reduces water consumption for primary energy by 62%. In addition, organic cotton cultivation showed a 26% reduction in algae production (a phenomenon known as “eutrophication”, which usually occurs due to excessive enrichment of nutrients in watercourses and canals) and demonstrated 70% less emissions responsible for soil acidification.
In the processing phases following cultivation and harvesting – weaving, coloring and finishing, etc. – substances that have any negative environmental impact are never used. The white color of the cotton is obtained using peroxide in order to avoid really harmful optical brighteners. 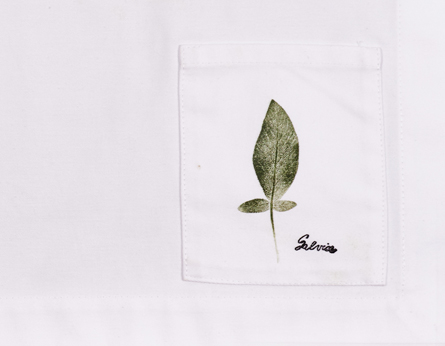